Whether it’s for school, work, or trying to reduce long and packed commuting times, it’s not rare to come across a Japanese person that’s living in an area they’re not originally from. But whether it’s a big city like Tokyo or Osaka or a more rural prefecture like Yamanashi, there are many agree that home is where the heart is.

In a recent survey by Brand Research Institute, roughly 6,200 Japanese people living in prefectures other than the one they born in were asked if they ever wanted to move back to their home prefecture, either immediately or sometime in the future. Out of Japan’s 47 prefectures, here are the top five that people want to move back to.

5. Kyoto: 27.8 percent of natives living in other prefectures want to move back

Despite the number of tourist this treasure trove of traditional Japanese culture attracts, more than one in four Kyoto prefecture natives interviewed said they wanted to move back to their hometown immediately or sometime in the future.

Nara has a prime location flanking Osaka and Kyoto without the bustle of either. Maybe it’s the desire to live closer to nature and wildlife (or just a lot of deer), or maybe it’s their friendly rivalry with Kyoto, but Nara natives are fairly proud to call the lesser-known prefecture their home.

Good food, friendly personalities, and arguably just as much shopping and nightlife activities as Tokyo, Osaka natives have a lot of fondness for their homeland. With its fairly central location in Japan as a whole, though, at least it’s not that difficult to visit home once in a while.

This might be a slightly surprising result if you’ve never visited Kumamoto before, but the land of Kumamon has a lot of adoring fans; nearly one in three Kumamoto natives want to move back home soon or eventually. It has awesome historical landmarks like Kumamoto Castle (which is currently being rebuilt), plenty of nature, and beautiful beaches.

Topping the list is Fukuoka prefecture, with just over 33 percent of respondents saying they wanted to move back to Fukuoka (over 10 percent want to move back there immediately, apparently)! It’s not all that surprising considering how much great food, shopping, and culture there is in Fukuoka City; and the prefecture as a whole is just a skip and jump away from neighboring countries like South Korea.

So if you’re looking for a place to visit or even move to in Japan that may be easier to live in (or at least has a lot of diehard fans), consider Japan’s Kyushu and Kansai regions.

-- Which prefecture has the most chilled young people? Survey asks 20 year olds “what are you worried about?”

To each their own. If same survey is taken for other groups of people who were not participated, the result will be different.

I feel the title is a bit misleading, or maybe it is just me, but when I hear move back, I think of people returning to smaller rural prefectures. All of the places listed have large cities and many can rival Tokyo in terms of work, salary and choices for entertainment.

Where are the people that want to move back to Iwate, Akita, Ehime, Tottori. People are not interested in going back to small inconvenient places, and thus Japan will continue to see a drain of young people from these areas,

I am surprised Kyushu not to be more represented here, maybe I just have too much people from Nagasaki and Miyazaki around that cannot stop talking about how nice life is in their hometowns.

I believe it. I lived in Kyushu, Kansai and now Tokyo. The lifestyle in Kyushu and Kansai was better and calmer, but there are much fewer good jobs for foreigners in my experience.

Second-bottom Yamanashi is pretty nice! Big mountains and views of Mount Fuji, a big points-scorer for those who strongly identify as Japanese. Its only two hours and 2000 yen to Tokyo from Kofu by highway bus.

I'm perfectly happy where I am thanks!

It'd be interesting to know the ranking of prefectures based on the number of people who leave.

Go figure...Kyoto I kind of understand, though the rest of these places I wouldn't even want to visit again.

My kids, both Kumamoto natives, left to live in large cities, which I totally support: experiencing a cosmopolitan life when young is crucial. But I counsel them to return to Kumamoto (or a similar mid-sized town) when they marry: there is no better place to raise a family.

@Zichi: Funny remark. I do love their peaches though. Best on the planet.

What is that big tall building in Fukuoka. That looks very cool.

Sure, they all SAY they want to return... Actions speak louder than words!

After a few months back, I'm sure they would remember why they left in the first place.

If working from home ever properly catches on in Japan, then many will be able to move to where ever they wish, may be even rural areas?

Is it a product of the survey methodology or is it that Japanese generally prefer to live in crowded urban environments? Is it a cultural thing, an equivalent survey in the UK would have a large number having to work in cities but dreaming of living in the country.

Interesting. Every prefecture has its own unique qualities. Out of curiosity, what about Okinawa?

With the most significant drawback being that the mass transit is not the same like Tokyo for instance, I would think Okinawa offers many excellent, fantastic, outstanding, awesome, Kool features. Highest availability of Beach weather throughout the year, Beach Atmosphere, Being by the Seaside, cost of living is less than most areas, laid back culture, one of the most unique areas of Japan, many choices whether someone wants to live in Naha City, Okinawa City, Itoman, etc, my understanding is that Okinawa has many video arcade venues, and also relatively close to Taiwan if someone wants to take a short weekend or even a long vacation to Taiwan (I understand Taiwan is also a excellent country like Japan).

I've met many from Hokkaido who wouldn't want to come back for good. They'd like to live in warmer climes in the winter

To each their own. If same survey is taken for other groups of people who were not participated, the result will be different. 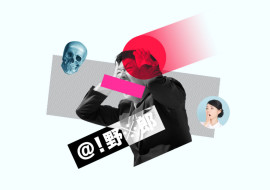 Swearing in Japanese: Why formal and informal speech is important

Young people eager to have sex, but will post-pandemic hookups bring happiness or despair?

Joshiryoku: How Is Girl Power Defined In Japan