Power up like Godzilla with new limited-edition Godzilla Energy Drink

"Godzilla vs. Kong" has been out in theaters and on HBO MAX in the U.S. for a few weeks now, and its Japanese premiere is right around the corner. So in celebration of the latest Hollywood Monsterverse film, Japanese vending machine company and drink vender Cheerio Japan is selling a limited-edition Godzilla energy drink.

Godzilla Energy is a rich, full-bodied energy drink that allows you to feel the raw, unfiltered power of Godzilla. This drink is packed with fueling ingredients like guarana seed and maca root extract, and it has 630 milligrams of arginine and 210 milligrams of caffeine, putting it in the top tier of energy drinks being sold in Japan right now.

“During these difficult times, we want to supply lots of people with the vigorous power of Godzilla,” says Cheerio.

And just like Godzilla, this can is huge. It contains a full 500 milliliters of energy drink, so be sure to have one on hand for when you’re about to face a powerful foe or a great challenge. The liquid inside is a deep purple, reminiscent of Godzilla’s power, but it also has an iridescence to it that makes it change color depending on the light and the angle.

The can design is also awesome. It features a single illustration of Godzilla blasting the nutritional information label with his atomic breath, destroying it as if it were just another building in Tokyo. The neon coloring has a great impact that will look cool sitting on your desk at work even after you’ve finished drinking it.

Godzilla Energy is on sale now in Cheerio vending machines in the Chubu, Kansai, and Okinawa regions of Japan; at some mass marketers around the country; and on Cheerio’s online shop. Prices will vary based on the retailer, but Cheerio sells one case of 24 cans online for 4,800 yen. Why not bring a can with you to Nijigen no Mori theme park in Hyogo, to give you the courage to zipline into Godzilla’s mouth?

Gotta love this can. Thank you Cheerio. Power up with lots of caffeine and sugar and defeat your hangover/back-to work blues monster. But does it have that drinkable water from Fukushima to give it that extra special something? Made in Japan so you never know! Just looking at the can is giving me palpitations (I have one now). I know I really shouldn't but I can't resist. I'll down it faster that a JT moderator can delete a post. Too late - it's done. Now, time to test my atomic breath on my sleeping beauty. 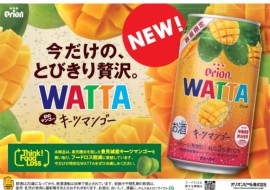 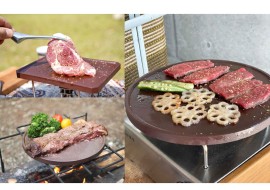 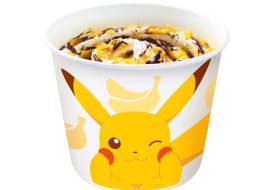