If you are a flower buff, you probably know that the sakura season is just one small part of Japan’s ongoing cycle of flower festivals. Sure, the pretty pink petals of March and April may disappear almost as soon as they bloom, but that doesn’t mean the floral fun has to stop there.

The ending of the sakura season also marks the start of the tulip, azalea and wisteria seasons, after that, summer time sees the hydrangea, lotuses and irises begin to bloom, in autumn the reddish-brown foliage is accented by colorful cosmos and chrysanthemums, and winter is accompanied not only by snow, but also by peonies, daffodils and plum blossoms. This continuous cycle means that you can be sure that no matter when you come to Japan, nature will always be putting on its best show.

Currently, we are approaching the height of the wisteria and azalea season, and with Ashikaga flower park’s 350 wisteria trees and 5,000 azalea bushes already in full bloom due to the earliest flowering in the history of recorded observation, the Fujinohana Monogatari-Ofuji Festival 2021 will be held ahead of schedule and will open to the public from April 15.

This year Ashikaga’s wisteria trees began to flower 10 days earlier than expected, with the first buds opening up on 5 April 2021. This is the earliest recorded flowering in the history of wisteria observation at the Ashikaga flower park, and it is expected that the best time to view the trees and their azalea bushes will be earlier than usual.

Because of this earlier flowering, the schedule for the Fujinohana Monogatari-Ofuji Festival 2021 has been brought forward:

The park itself boasts more than 350 wisteria trees, with one of the Ofuji (Great Wisteria trees) sporting a wisteria shelf that covers more than 1,000 square meters with about 80,000 individual flowers. This large tree was compared by CNN to the "trees of souls" depicted in James Cameron’s movie "Avatar," and the park was selected as one of CNN’s ‘Dream Destinations’ of 2014. The park also has a white wisteria tunnel that is 80 meters long and Japan’s only Kibana wisteria tunnel (a type of wisteria that is believed to be native to Europe and is hard to grow in Japan) which is also 80 meters in length.

The blooms in the park take place over about a month and are normally ordered as follows; light cherry-blossom red, purple, white and then yellow.

The white wisteria tree tunnel of the park can usually be seen around the beginning of May.

It is recommended to view Japan’s only kibana wisteria tunnel from early to mid May.

Ashikaga Flower Park is also home to more than 5,000 azalea bushes which compliment the pastel colors of the wisteria trees and usually reach their full bloom from mid April to early May. The collection at the park features more than 1,000 different varieties of azalea and includes horticultural species unique to the park.

Wow. Such a lovely sight. 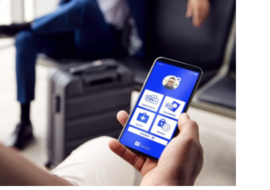 My First Trip to Tohoku: Why It Belongs on Your Post-Pandemic Travel List

How Did Cherry Blossom Viewing Start in Japan?