Flying in Japan? Your flight may soon be arriving at 'Hatsune Miku Airport'

Most air travelers to Sapporo, the prefectural capital of Hokkaido, arrive at New Chitose Airport. Even if you don’t speak Japanese, it’s a pretty cool name for an airport, with “New” giving it an adventurous ring, and if you know that “Chitose” means millennium, it takes on a futuristic quality too.

But you know what would sound even cooler and more futuristic than arriving at New Chitose Airport? Arriving at Hatsune Miku Airport.

Japan’s first, and most popular, Vocaloid idol has long been an ambassador for Sapporo, with her alternate Snow Miku version serving as a spokescharacter for the Sapporo Snow Festival (and her parent company, Crypton Future Media, a sponsor for the annual event). However, Miku wouldn’t be taking over New Chitose, but instead attaching her name to Sapporo Okadama Airport.

▼ The first step, naturally, would be to change the building’s accent color to match Miku’s hair.

Unlike New Chitose, which is located in the cities of Chitose and Tomakomai (to the southeast of Sapporo), Okadama Airport actually is located within Sapporo proper. However, with a much older terminal, fewer amenities, and currently only in-prefecture routes, Okadama gets far less attention and travel traffic than New Chitose. The airport’s management is currently looking for ways to boost its profile and passenger numbers, and one idea being considered is renaming the facility to Hatsune Miku Airport, ushering in cross-promotional opportunities, pop culture goodwill, and greater recognition among potential air travelers.

That’s not the only option Okadama is weighing, though. Other proposed initiatives include extending the airport’s modest-length runway to accommodate larger planes, especially those flown by major Japanese carriers JAL and ANA. Plans are also being drawn up to provide better linkage with the Sapporo municipal subway system, to help travelers more smoothly hop off their plane and make their way into the city.

With New Chitose regularly ranked as one of the most popular airports in Japan thanks to its fantastic amenities (there’s a full-on onsen hot spring in the building even), Okadama has its work cut out from it moving out of the shadow of the larger air hub. But with otaku-oriented pilgrimages becoming an increasingly popular part of the travel industry, Miku might be just the ally they need.

Promoting travel during a pandemic is crass.

But you know what would sound even cooler and more futuristic than arriving at New Chitose Airport? Arriving at Hatsune Miku Airport.

Promoting travel during a pandemic is crass.

It's totally insensitive, alright. They should keep that for AFTER the pandemic.

I am staying home as much as possible due to the pandemic.

Not to be "that person", but Kaito and Meiko are Japanese vocaloids that were both produced before Miku. Not that it matters, but for the sake of being factually accurate I thought I'd point it out. 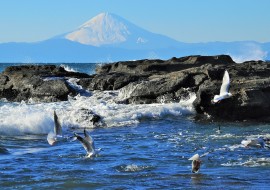 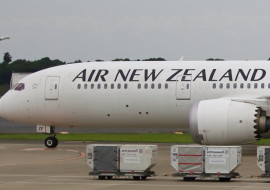 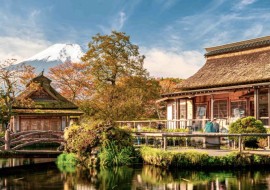 GaijinPot’s Guide to Go To Travel

WeBase: The Hostel Retreat That’s Making Us All Want to Holiday in Kamakura

Five Spots for a Warm Weather Vacation in Autumn in Japan