I'm afraid to visit any country where they can jail you for simply saying something critical about its government.

When it comes to getting tough on China, the IOC would be as useless as the WHO.

The way things are going, with the US likely to withdraw, along with a high chance their close allies like Japan will too, it will just leave a "basket of deplorable" nations like Russia, North Korea, Iran and other commie/ex-commie rogue states attending.

Shame on the IOC for awarding the games to a nation engaging in an ethnic cleansing, mass genocide campaign against Muslims.

It's absolutely right to have concerns, and even better, to boycott the Winter Games in '22.

It may rile up the Xi regime but it also may force them to examine their status quo.

it will just leave a "basket of deplorable" nations like Russia, North Korea, Iran and other commie/ex-commie rogue states attending.

Hmmm. None of these countries are actually communist. Or deplorable. Rather, it is the leaders who have taken the ideology and twisted it beyond all recognition who deserve our scorn.

And, if it's not too controversial a question - I'm curious as to why some folk persist in pushing the narrative that China is communist?

I would think athletes are also worried about Tokyo, but at this point expressing any kind of doubt would mean a career suicide for most of them. 2022 is still at a distance where saying something can be forgotten by the time they have to decide to go or not.

Just keep repeating the lie enough and it becomes firm canon in the weak-minded. 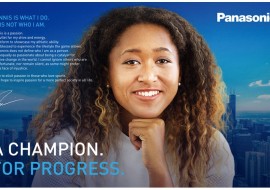 Japanese MotoGP canceled due to COVID

A Guide to Top League Rugby in Japan

Guide to Skiing and Snowboarding in Japan

How To Watch A Sumo Morning Training Session